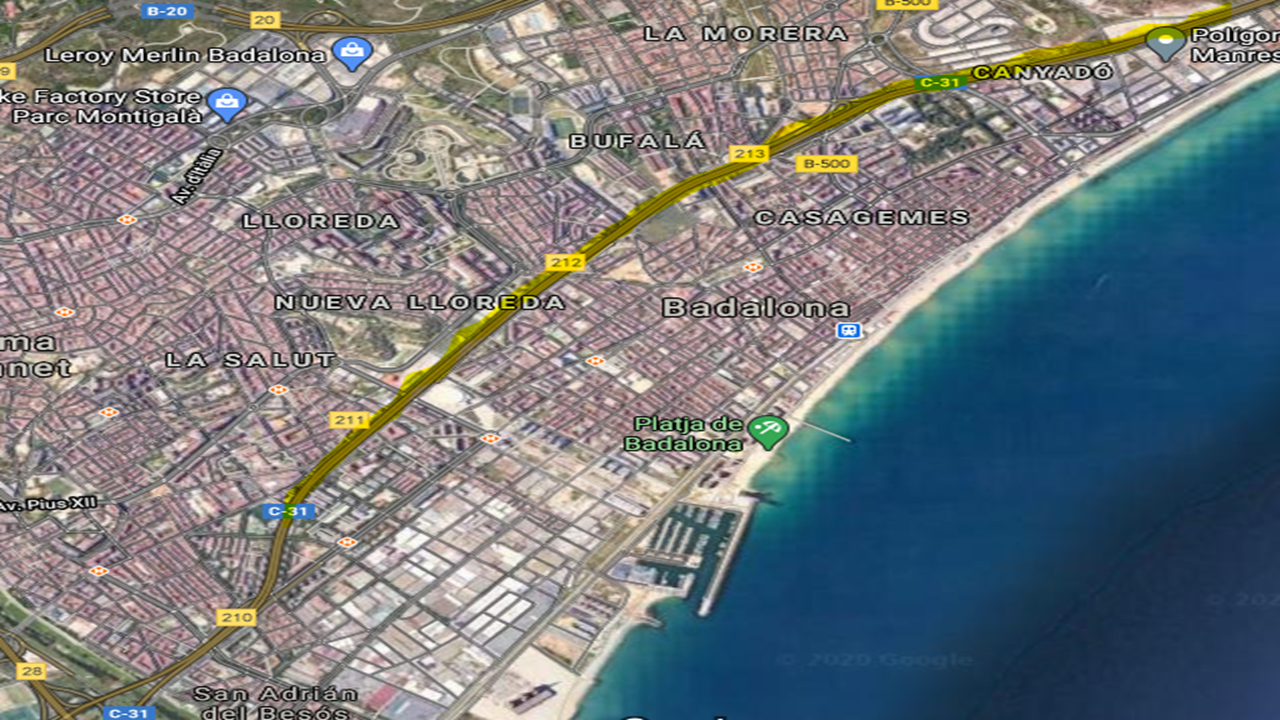 One of the main values ​​that urban planners attribute to well-structured cities is the articulating capacity of the different systems that structure them, such as roads, public spaces or facilities. They are fundamental elements that provide service and link their different neighborhoods or economic areas. In Badalona, ​​the C-31 has always been read as a wound that has fragmented the city, differentiating, even from a socioeconomic point of view, the neighborhoods above and below its route. This metropolitan road takes advantage of a supposed condition of subaltern urban periphery to cross it almost ignoring the characteristics and values ​​of the space through which it passes, without the city having been able to do much, or even take advantage of it. On the contrary, Badalona’s relationship with this infrastructure has always been one of mutual rejection and ignorance. The city aspires to be able to bury on the occasion of some budgetary miracle or perhaps linking it to operations that generate urban capital gains that face all or part of the bill. Perhaps the only serious option to make a burial would be to link it to the transfer to the interior of the train route from the coast. A “two in one” that could perhaps generate enough synergies for a titanic effort.

And meanwhile? It may meanwhile extend 30, 40 or 50 years. Maybe you have to think about working seriously this in the meantime. As in the case of Covidien-19 (the sanitary simile is inevitable at the present time), while the vaccine arrives, you have to carry out PCR and manage the day to day. There are many references to the world regarding the successful integration of hard infrastructures in urban centers. The same C-31 has been the subject of studies, university work and it is probable that some doctoral thesis. In the world of urban planning, we call “negotiating” with infrastructure, taking it positively and finding the types of intervention that mitigate its harmful effects and rebuild the urban structure. And if we propose to make a “P-C-R” on the C-31?

While the burial does not arrive, it is necessary to take the C-31 in positive and mitigate its harmful effects

(W) aterproofing. It is possible, through urban acupuncture interventions, to provide good conditions for the streets and spaces that connect neighborhoods above and below. In San Roque, for example, the highway could be imagined as the large roof (with cars) of a permeable building dedicated to economic activity and new equipment. Because what is positive about the C-31 is that it gives many points around it a very high accessibility and therefore a potential value of centrality, in a strategic place in the Barcelona metropolis such as Badalona. It is not explained if not the location of the Magic Shopping Center, which served to improve the transverse permeability in this point of the city. Something similar would have to happen around the Can Llamas site, where El Corte Inglés and the new courts were to be installed, and which now seems to be recasting. It should be forgotten that these opportunities are few to start substantial improvements in the permeability of the road device. Going from the dark and inhospitable tunnel to the widened, friendly and well-conditioned passage would be the minimum required. This intervention around Can Llamas raises other challenges, such as thinking about a mix of uses that will not forget economic activity. Only housing at the foot of a motorway exit would not help to consolidate the role of centrality of all the space that goes from Pompeu Fabra to the edges of Santo Cristo.

(C) amouflage. A second relevant aspect would be to intervene on the highway from its landscape integration, by introducing green infrastructure or available technologies to capture CO₂. It is a magnificent space for ecological creativity.

(R) econfiguration. In addition to the obvious economic savings of not having to bury, the C-31 is still a metropolitan connection system in the open air. With the revolution that is affecting urban mobility, and the one that remains to come, it is also presented as a large reserve of space that can be reconfigured over time to adapt and accommodate new modes of transport, individual or collective. Even being the backbone of a potential channel for water and energy. Let’s not forget that it is the only element that intersects with each and every one of the old streams of the city. The greatest effort, which is to achieve sufficient space for passage, has already been made with its implantation. Its current monofunctional character is not incompatible with a future reconfiguration of the board with new functionalities. A true metropolitan avenue.

To finish: an international competition for ideas to practice a PCR on a virus 6 kilometers long and 150,000 square meters in area. International innovation and creativity to find a vaccine in the most aggressive element of the city? I’m in. 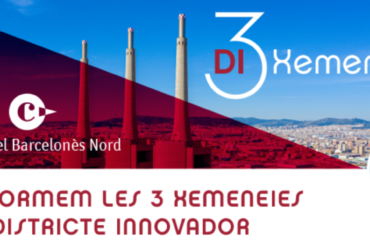 Virtual Sessions Transform the Three Chimneys into an Innovative District 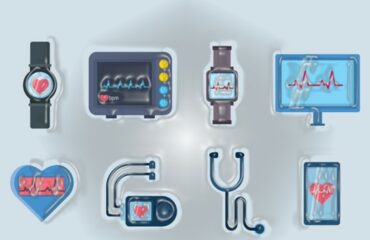 Why can Badalona be a ‘hub’ of the medical device? 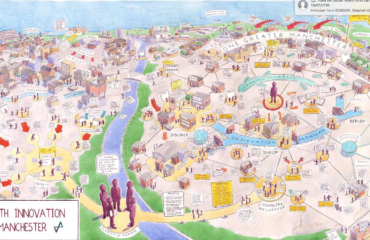 Locate the Global Agendas in Badalona